Oishei Children’s Hospital: As moving day nears, a range of emotions sets in

Emotions at the hospital have ranged from excitement and optimism to sadness as employees and patient families who have worked at the old hospital prepare for its shutdown after decades of memories.

“I’ve been talking with people, seeing how they’re doing and if they’re ready,” said Jody Lomeo, Kaleida Health CEO, who has been rounding at the old site with staff and workers over the past few weeks. “(Monday) was the first time I sensed the emotion of it all, I think because it’s the last week on that campus and the reality of the move is setting in.”

With 185 beds, the $270 million hospital is one of just 43 stand-alone children’s hospitals in the nation and the only one in New York. It will be connected to Buffalo General Medical Center on one side, and to the Conventus medical office building on the other, with ongoing connections to the University at Buffalo’s Jacobs School of Medicine & Biomedical Sciences.

With the five-year development coming to a close, anticipation for the opening is palpable, Lomeo said.

“The reality of the new building, the beauty and allure of the new building, is everywhere. Everyone loves the new building, and just what it represents, but I think the really interesting thing is the walk down memory lane that they’re all doing — and rightfully so,” he said. “That walk takes them to their personal side and who they’ve worked with, who they’ve healed every day. They’ve maybe parked in the same spot, walked the same route, ate in the same spot. And it’s where they’ve had holidays with their co-workers versus with their families at home because that’s just the reality of the world we live in.”

Beginning at 7:01 a.m. on Friday, the carefully rehearsed move will begin, with 150-180 patients expected to be transferred individually by ambulance from the old site on Bryant Street to the new hospital on the Buffalo Niagara Medical Campus. A fleet of 15 ambulances from American Medical Response(AMR) will circle between the two sites over a period that’s expected to last nearly 24 hours.

An army of 1,000 volunteers will play a role in the move throughout the day, including serving as assigned ambassadors with patients, directing traffic in the parking ramp and serving water and food to all involved during move day.

The old hospital will stop accepting patients Friday morning, then will shut down department by department, floor by floor. Simultaneously, patients will begin to be accepted at the new hospital through the emergency room. Similarly, though the day will begin with double staffing, the employees will shift from one hospital to the next as patients are moved over.

“I’ve been using the example of a teeter-totter,” Lomeo said. “At the Bryant Street campus, we will have a full campus at 7 a.m., which will start to go down, and Oishei will continue to go up. Sometime after midnight, we expect we’ll shut the lights off on Bryant Street and say goodbye, and everyone will be in full go-mode at Oishei.” 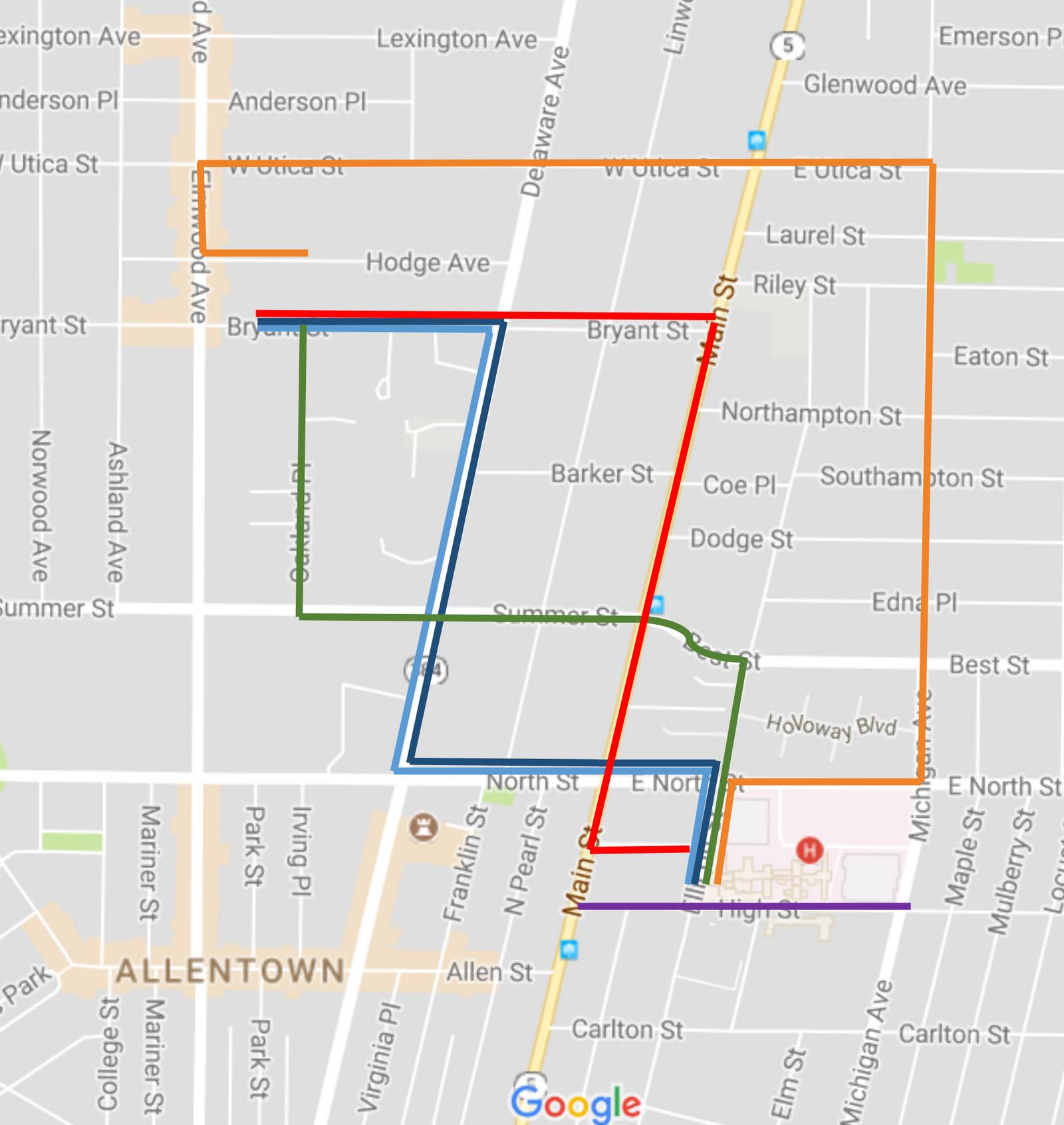