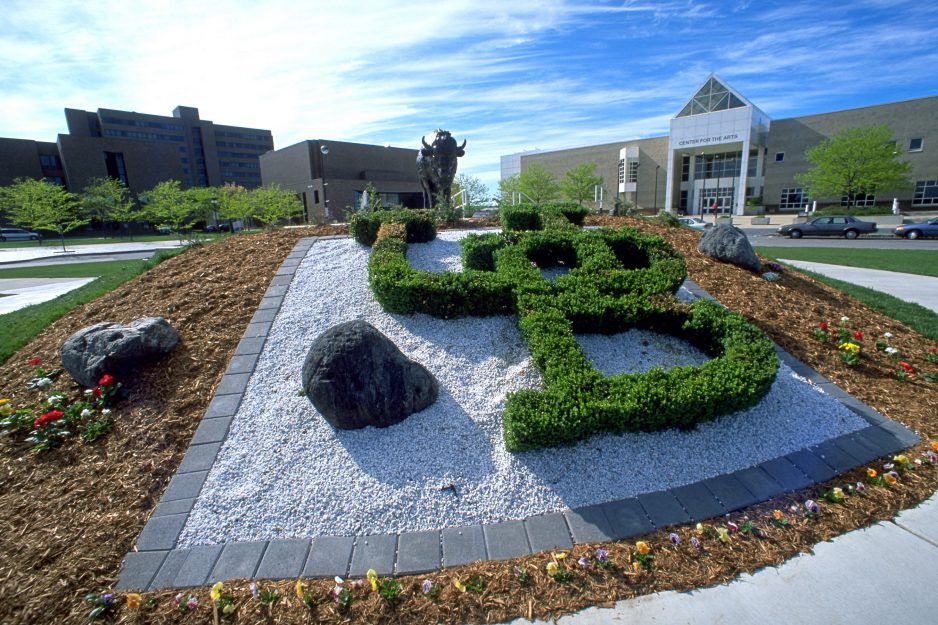 Program Offers Entrepreneurial Guidance, Knowledge and Mentorship for those in Field

Leaders of early-stage life sciences and technology companies can take advantage of a High-Tech Center for Entrepreneurial Leadership (CEL) program that will begin in March 2013.

Now in its third year, the High Tech CEL is a collaboration between the Center for Entrepreneurial Leadership (CEL) in the University at Buffalo School of Management and UB’s New York State Center of Excellence in Bioinformatics and Life Sciences.

With funding from a number of sources, including an Economic Development Administration grant and an award from UB’s “E Fund,” the program’s mission is to help participants build a strong management team and develop an individualized pathway toward commercialization.

“The High-Tech CEL is a unique opportunity for entrepreneurs to build their business skills, gain hands-on experience, and learn from other professionals who understand the challenges they’re facing,” said Thomas Ulbrich, executive director of UB’s Center for Entrepreneurial Leadership.

“This program is greatly beneficial for those whose firms are in the initial phase of taking their work from the lab to the market,” said Marnie LaVigne, PhD, associate vice president of economic development at UB. “It incorporates key high-tech business topics into the strength of the time-tested CEL program that has helped hundreds of traditional businesses in the region grow since 1987.”

Case studies, roundtables, panel discussions and lectures make up the curriculum, and each participant is partnered with a seasoned, successful entrepreneur who is attuned to the issues that influence business decisions. These mentors guide, advise and support participants throughout the program to help them achieve specific objectives.

The High-Tech CEL program is engaging and interactive and focuses on the importance of initiating and nurturing relationships between early-stage companies and leaders in the Buffalo-Niagara life science and technology ecosystem by providing structured networking opportunities throughout the duration of the program.

Charles d’Estries, director of SciBiz International Inc., will moderate the program. He provides business development consulting for entrepreneurs in the life sciences and high-tech fields, particularly those in the early stages of business.

Program cost is $995 per participant, and consecutive participants from the same company can attend at a 50 percent discount ($497).

The mission of UB’s New York State Center of Excellence in Bioinformatics and Life Sciences (COE) is to study the mechanistic processes involved in human disease with the goal of developing diagnostics tools and therapeutic interventions, preventative treatment and other disease management devices and processes to improve the health and well-being of the population. This scientific mission is balanced by the COE’s responsibility to act as a facilitator of economic development in Upstate New York by building and supporting partnerships between academia, industry and government. More information is available at http://www.bioinformatics.buffalo.edu.

The UB School of Management is recognized for its emphasis on real-world learning, community and economic impact, and the global perspective of its faculty, students and alumni. The school has been ranked by Bloomberg Businessweek, the Financial Times, Forbes, U.S. News & World Report and The Wall Street Journal for the quality of its programs and the return on investment it provides its graduates. For more information about the UB School of Management, visit http://mgt.buffalo.edu.

Today, Governor Andrew Cuomo announced that New York will invest $50 million in state of the art biomedical research equipment and facilities, and has secured an agreement from a private company, Albany Molecular Research Inc. (AMRI), to locate on the Buffalo Niagara Medical Campus a new drug discovery research and development center. This investment, $35 million of which will go towards new equipment and $15 million of which will go towards improving existing lab space, will leverage $200 million in private investments and create 250 jobs. More details on this development as well as the Buffalo Billion Investment Development Plan can be found here.  http://www.governor.ny.gov/press/12042012-buffalo-billion-investment-plan.
Wondering how this investment model really works? Fahreed Zakaria from CNN’s “Global Lessons: Putting America to Work” recently highlighted how this model was successful in Albany, where New York State invested in core infrastructure and equipment as an incentive to attract private sector companies. Watch the video here – http://www.cnse.albany.edu/Files/Downloads/Video%20Clips/CNNGlobalCrisp6.mov.

Read coverage about the  announcement below: 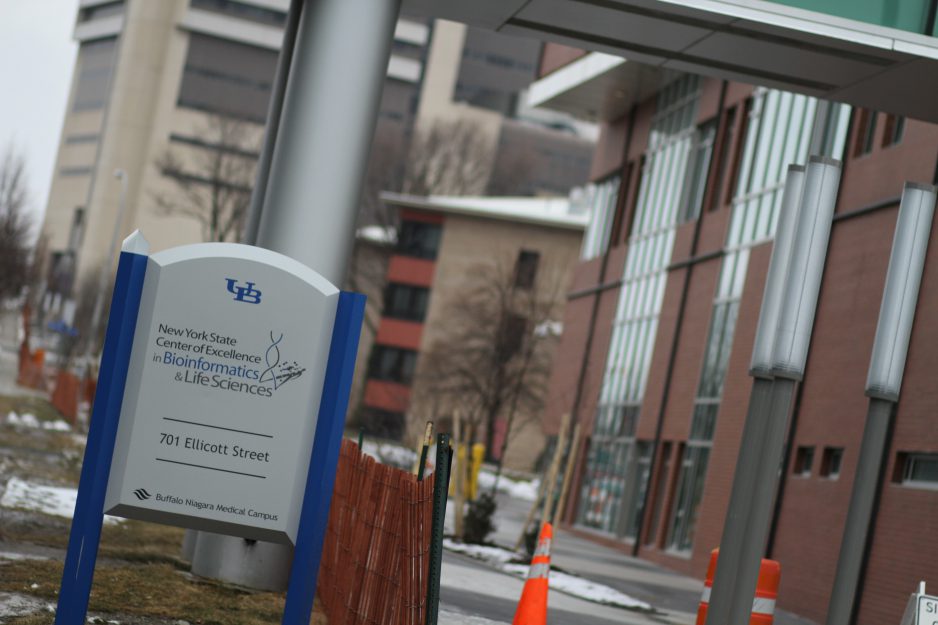 Gone are the days of 12 hour shifts milling flour in what was once the world’s largest flour mill or sweating in the Queen City’s massive iron and steel factories. Buffalo’s coveted labor jobs of the forties and fifties have now been at least partly replaced by hi-tech and high paying jobs in the medical sciences and research fields. And unlike the old manufacturing jobs experts say these jobs are immune to being phased out. It’s the wave of the future. “If you look at medical research overall those jobs are not going to go away,” said Dr. Timothy Murphy, Director of the University at Buffalo Clinical Translational Research Center. Why? Because the U.S. has an aging population now and healthcare is something everyone needs.

Buffalo’s medical corridor resembles the culture of the internet start-up companies crowded in California’s Silicon Valley but instead of competing to create the next best website researchers here are competing to discover the next big medical breakthrough.

And that’s exactly what hwp-contentened at Empire Genomics. This week the cancer research lab announced a new test in the treatment of blood cell cancer bringing 50 new jobs to its Michigan Avenue facility.

“We look forward to playing a role in this age of genomic based medicine and growing our company in western New York,” said Dr. Norma Jean Nowak, Founder of Empire Genomics.

As the Queen City is now on the cutting edge of science UB is moving forward with plans to relocate its school of medicine and biomedical sciences downtown. Its dental, nursing, pharmacy and public health schools will soon follow.

All this growth has generated new business and housing development.

And there’s no shortage of people who want to live here now.

“We’re getting multiple offers on these properties three and four offers at a time and often times they’re selling either at or most times above the asking price,” explained Maloney.

The experts say medical technology will lead the Buffalo economy for a long time to come. Really, it’s been in the background here for longer than most people realize.

UB’s School of Medicine and Biomedical Sciences will move to the Buffalo Niagara Medical Campus in 2016. UB is also spending $26 million dollars to build a center for remedial and vocational programs downtown, that project should be completed in 2013. 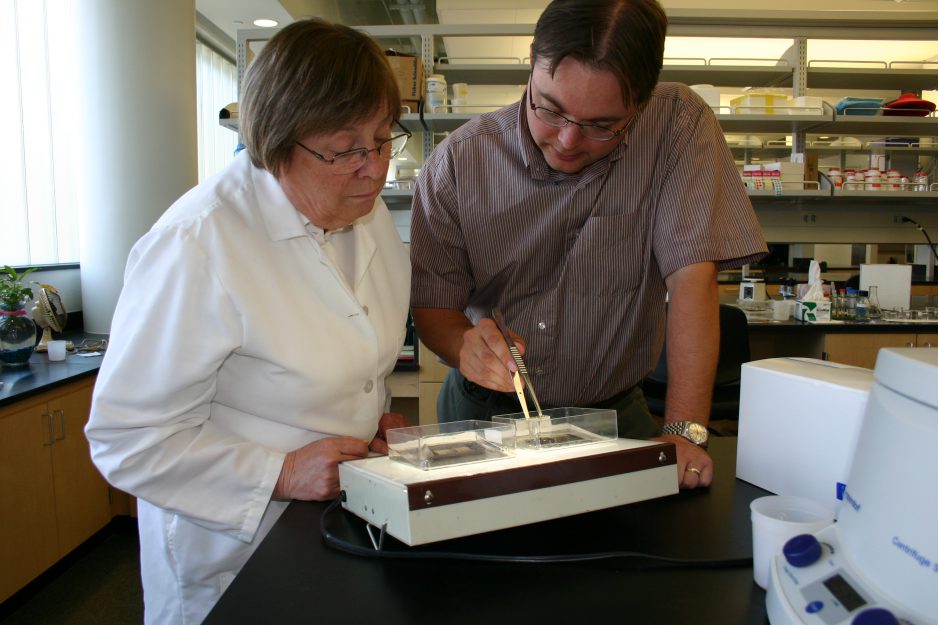 The World Trade Center of Buffalo Niagara (WTCBN), a local not-for-profit international business development organization helping to facilitate regional growth through global trade, has received nearly $682,000 to help increase medical device trade between Western New York (WNY) manufacturers and China. In that pot of money is $218,000 from the U.S. Department of Commerce.
Through a program that will be  administered over a three-year time period, WTCBN and partners that work with medical device companies will enhance trade relations knowledge to place devices in one of the largest populace nations in the world. Partners include the University at Buffalo’s New York State Center of Excellence in Bioinformatics and Life Sciences, the Buffalo Niagara Medical Campus, The Buffalo Niagara Partnership, MedTech, the Jacobs Institute and the Department of Commerce, in addition to others who assist and house medical device companies.

“This three-year project will serve as a template for a greater regional export strategy,” said Chris Johnston, president of WTCBN. Johnston also stated that it will be “a great opportunity for collaboration among various groups, including the federal, state and regional government, with local organizations such as the Buffalo Niagara Medical Campus, UB and World Trade Center Buffalo Niagara, which will maximize the benefits for Western New York companies.”

The Accelerating Upstate New York’s Competitiveness and Exports in the Global Economy program will offer training and expertise to least 40 local manufacturers, teaching them how to navigate Chinese import laws, how to effectively market their products in China and the logistics of shipping goods there. They will also provide access to export loans and credit insurance. An estimated $25 million could come from Chinese contracts over a four-year period, leading to the creation of  hundreds of  jobs in this area.

At a roundtable discussion moderated by Congresswoman Kathy Hochul, New York’s 26th Congressional District Representative, companies had the opportunity to ask questions and receive feedback on how to identify and capitalize on new medical device markets, and to learn more about the program. Congresswoman Hochul said the program is “a critical step toward opening new markets, fostering innovation, and expanding manufacturing right here at home. Meaningful investment in Western New York’s medical device industry and work force will help add good-paying, sustainable jobs to our local economy.” The discussion served as an indicator of the collaboration and knowledge-sharing between experts and companies that is soon to come.

Congresswoman Hochul also said “It is vital that we continue to work to ensure our local businesses have the resources necessary to expand and reach new global markets.” With over $1.9 trillion in exportation of goods and services in 2011, China is currently the largest exporting country in the world. Efforts to increase the importation of medical devices made from the U.S., more so in the WNY region to China, will undeniably generate revenue increases for many local companies.

The U.S. Commerce Secretary, Rebecca Blank, stated that “The awards given by the Commerce Department’s Market Development Cooperator Program will help us continue to make progress toward achieving the President Obama’s goal of doubling exports by the end of 2014. Higher exports lead to more jobs: in 2011, jobs supported by exports increased by 1.2 million over 2009.”

The Buffalo Niagara Medical Campus, Inc.’s COO, Patrick J. Whalen stated that “the Department of Commerce grant will showcase the assets in Western New York to medical device companies around the world, and we look forward to working together to help existing companies succeed and grow.”

While WNY is home to nearly 250 medical equipment manufacturers and medical research centers, WTCBN reports that an overwhelming majority of the companies export their goods to the one country it is closest to which is Canada. Past innovations from the region include the implantable pacemaker, the Prostate-Specific Antigen (PSA) test, photodynamic therapy (used to treat malignant cancers), and multiple sclerosis therapy.

The inaugural session of the 2012-13 Life Sciences Commercialization Lecture Series will present an opportunity for local companies to learn more about the program. The session will take place on Thursday, September 27 from 4-5 p.m. at the New York State Center of Excellence in Bioinformatics and Life Sciences located at 701 Ellicott Street. For more information and to register for the event, click here. 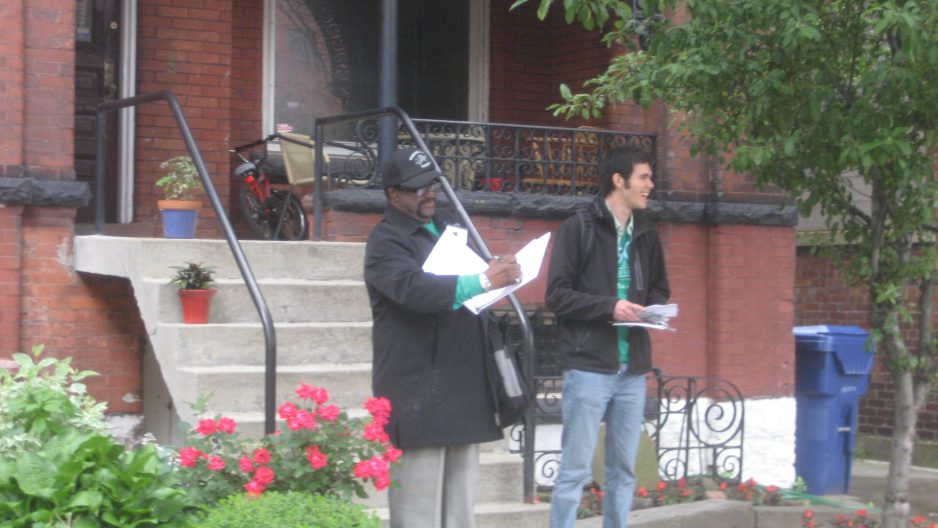 Canvassing is taking place in the Allentown, Fruit Belt, Linwood and downtown Buffalo neighborhoods because of each community’s proximity to the Buffalo Niagara Medical Campus. The canvassing will conclude October 2012. Go Buffalo-a partnership between the Buffalo Niagara Medical Campus, Buffalo CarShare, and GO Bike Buffalo- is looking to learn how residents are getting around.
Five canvassers have been recruited to help spread the word about how residents can use alternative modes of transportation that are environmentally friendly and healthy. The different transportation options include biking, walking, public transit and car sharing.

In addition to sharing more sustainable ways to commute, the canvassers will share information about how local residents can find out about job openings and job training opportunities for future positions on the campus.

GO Buffalo will have a table at the Allen West Festival June 9-10, the Juneteenth Festival June 16-17, and the Fruit Belt Coalition’s National Night Out August 7.

For more information or if you would like to become a GO Buffalo Champion (a leader in sustainable transportation) please call Holly Hutchinson, Street Team Leader, at 716.566.2314.

Check out testimonials from people who cycle, use Buffalo CarShare, or walk to various destinations. 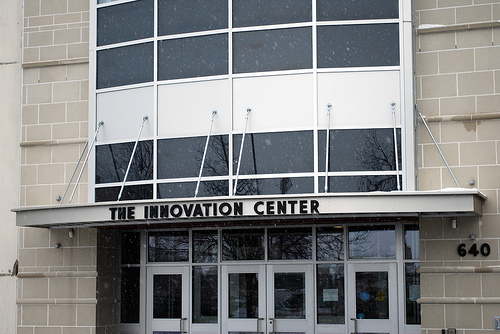 Imagine Staffing is a full-service third-party recruiting firm with added services to assist clients with staffing augmentation. Imagine Staffing is a privately-held, 100% woman-owned business, and a leader in the staffing industry. The company’s methodology of being your premier recruitment partner far exceeds industry standards.
Imagine’s areas of expertise include but are not limited to: