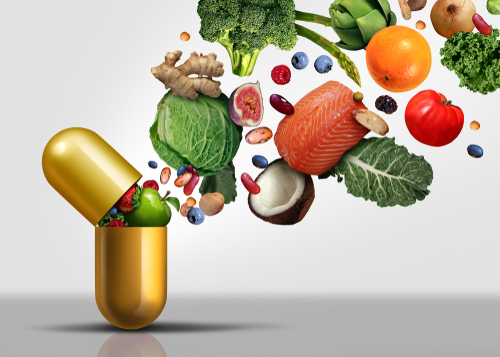 Fast-growing center seeks its place in the crowded biomedical sector

(Photos from The Buffalo News)

As the Buffalo Niagara Medical Campus works to overcome the region’s reputation as a high-tax, Rust Belt destination, it is already attracting enough tenants to be outgrowing its footprint, with two million square feet of space already added and another two million square feet planned by 2016. From left, electric cars charge in the parking lot across from the Innovation Center. Michelle Roti, a research technician, adds antibiotics to a growth media for cells at Tartis/Aging. Tivona Renoni, from GO Bike Buffalo, left, and Henry Raess work in the Innovation Center. Matthew Masin/Buffalo News

The Texas Medical Center in Houston is the largest medical campus in the world, with 106,000 employees working in 290 buildings spread over an area 50 percent larger than Darien Lake theme park.

The powerhouse University of Pittsburgh pulled in $127 million in National Institutes of Health research grants this year, eight times the University at Buffalo’s total.

Skeptics wonder how the younger, and far smaller, Buffalo Niagara Medical Campus can carve out a similar niche in the nation’s crowded and highly competitive biomedical sector, while overcoming the region’s high-tax, Rust Belt reputation in order to recruit scientists, doctors and entrepreneurs.

But experts contend Buffalo is not too puny or too far behind the other centers, and the Buffalo Niagara campus will succeed if it leverages its advantages of strong community support, collaborative decision-making and proximity to Southern Ontario.

“I get some rolling eyes when I say, ‘Buffalo’s doing a terrific job’,” said Charlie Dilks, a consultant and former president of the Association of University Research Parks. “They say, ‘Buffalo’s a dead city.’ I say, ‘No, it’s not.’

“That’s from people who haven’t been there and haven’t seen what’s going on. Unfortunately, it takes a long time for reputations to change.”

Other cities have found that a robust medical campus generates an array of benefits, from boosting health care, improving medical education, attracting research funds and creating jobs by taking innovations from the laboratory to the marketplace. That’s why cities, health care providers and universities pool resources.

“That’s what an academic medical center does,” said Candace S. Johnson, deputy director of Roswell Park Cancer Institute, citing the revenue generated at Pitt, where she previously worked. “It would be fantastic if we had that.”

But the land-locked, 120-acre campus is starting to feel a space squeeze, with an Innovation Center that houses young companies nearly filled. Campus officials are thinking vertically and planning construction of a new center on top of a parking ramp to make better use of space.

Other cities may have much bigger medical campuses, but the biomedical field is a crowded one, and the industry is big enough – and specialized enough – that no single region or institution can dominate, according to Simon J. Tripp, senior director of the technology partnership practice for Battelle, a global research and development organization.

The nation has about 125 academic medical centers, including Buffalo, and all are trying to build a life-sciences economy from the research they perform, Tripp said.

“The pie is so incredibly large that even a small slice, particularly for a community the size of Buffalo, can be a pretty significant economic engine,” he said.

The successful medical campuses have strong leadership, are treated as a community priority and their member institutions play nice with each other, said Dilks, the industry consultant. “I don’t think you’re too late to the game at all,” he said of Buffalo.

The hard part, Tripp added, is creating a “comprehensive innovation ecosystem,” with sufficient venture capital and veteran leadership to build and support a network of startups.

The region needs to capitalize on its strengths as a border community with an educated workforce and low cost of living, experts said, while finding a niche in a field such as genomics or cancer research.

“You get to where you’re recognized as a center of excellence in something,” said Thomas A. Kucharski, president and CEO of Buffalo Niagara Enterprise. “I think all that is starting to take hold on the medical campus. Unfortunately, it takes a lot of time.”

The medical campus organization – which represents UB, Roswell Park, Kaleida Health and other institutions – is a model of collaboration that followed less-successful efforts in the 1980s and ’90s.

“I think people were ready,” said Thomas R. Beecher Jr., an attorney who headed the medical corridor planning effort in the early 2000s.

Local organizers extensively studied the best practices at other centers and research parks.

The Buffalo team learned, for example, the organization that runs the vast Texas Medical Campus makes enough money from the 27,500 parking spaces it owns to cover its overhead costs. Now the entity that runs the Buffalo campus is “pretty much self-sufficient” from parking and Innovation Center rent revenue, Whalen said.

It will take time for the benefits of the medical campus development to reach the surrounding neighborhoods.

Ruth Bryant, a retired assistant dean in UB’s School of Architecture and Planning, serves as the Fruit Belt’s representative on the medical campus board. She said residents are concerned about boosting home ownership in their neighborhood, ensuring they have access to the jobs created on the campus and keeping the cars and SUVs of campus employees from crowding their streets.

“How do you respect that neighborhood while still growing?” Bryant asked. “It’s the residents working with the campus to come up with the solutions.”

Officials acknowledge the campus won’t be considered a success until research is spun off into biotech companies.

“If you look at other models and other communities out there, it’s the private sector investment that drives everything,” said Enstice.

Not every life-sciences company will succeed – as the demise of SmartPill Corp. showed – but the Innovation Center on the Buffalo campus is spurring this effort.

There are 63 companies in the center named for Beecher, including a fourth-floor incubator.

The center hosts Bagel Fridays, where tenants casually engage over a light breakfast, and three projects have grown out of the weekly gatherings.

“The building has great energy,” said Rob Wynne, the president and executive creative director of Wynne Creative Group, an advertising agency that moved its six employees to the Innovation Center in 2012.

Mobile HealthCare Connections was the first incubator tenant. The company works with doctors, nurses and pharmacists to provide real-time, in-home monitoring and management of patients, particularly those who are elderly and less able to get around.

The Innovation Center opened in 2010, part of a recent flurry of construction activity, and 5,000 more workers are expected on campus by 2016, when Children’s Hospital and UB Medical School are opened.

City Comptroller Mark J.F. Schroeder has asked Whalen, the campus’ chief operating officer, to meet with representatives of credit ratings agencies to show them the development taking place on the medical campus.

One woman from Standard & Poor’s, looking at a map of the campus, told Whalen they seem to be running out of room.

The campus has to think vertically, Whalen said, as when UB’s Clinical and Translational Research Center and Kaleida’s Gates Vascular Institute were stacked in the same building. One option for the second Innovation Center fits this model.

The campus needs to build another center to house Albany Molecular Research Inc. and the other tenants of a drug and medical research facility.

The first plan, which would have required tearing down part of the former Trico complex, ran into objections from preservationists.

Now, campus officials are looking at a different wp-contentroach: Tearing down the aging, city-owned Ellicott Goodrich Garage, known as the EGG, and replacing those 900 spaces with a 1,600-vehicle ramp and several floors of research space on top of the $87 million structure.

AMRI, the anchor tenant, and its partners are receiving a $50 million state grant to support their move to the campus.

The hope is the next AMRI won’t require any financial carrot, because the prospect of locating on the medical campus will be attraction enough.

“It’s the culture change this is bringing to Buffalo. The campus makes that undeniable,” said Marnie LaVigne, UB’s associate vice president for economic development. “I have my own mother asking me, ‘Is this real?’ It’s real.”